Watch thread. Who wears a watch? I have worn watches continuously since I was little and feel naked without one. 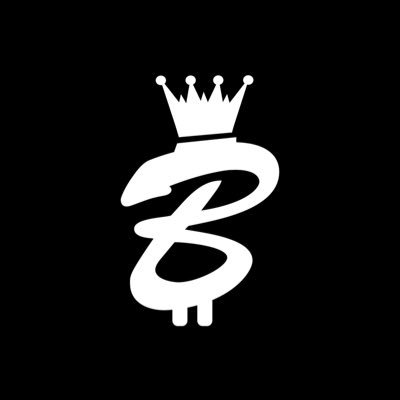 Stupid Shit from the Innernet

This watch case is milled from a solid chunk of sapphire. Richard Mille watches, with their distinctive case shape, light weight, exceptional craftsmanship, exclusivity, and eye-catching designs, are coveted by rich assholes everywhere who want an especially gaudy and instantly recognizable signal that they paid $200k to over $2M for a wrist ornament.

American football player Odell Beckham has several, which he wears during games where they could be easily smashed in a tackle. This one, also milled from a solid block of sapphire, is around $2M: 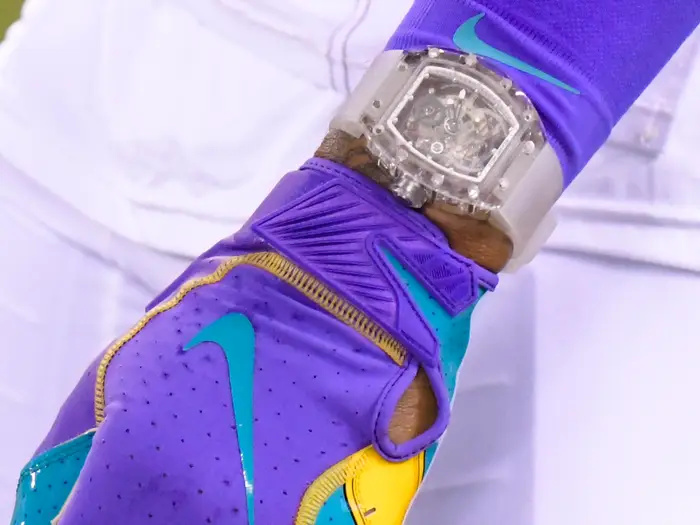 the baseplate of the RM 56-02, created from grade 5 titanium, is entirely suspended within the sapphire watchcase by specially developed single braided cable of only 0.35mm thickness, woven within a system of 4 pulleys on posts at the movement’s corners and another 6 pulleys placed along the movement’s periphery. The tension of the cable is perfectly controlled by a miniature ratchet at 9 o’clock. This entire cable unit is attached to a separate indicator located below 12 o’clock allowing an easy visual inspection of the cable tension, to ensure that it is always operating within the designated norms.

I’m sure it will be fine.

He also has this much more sensible chronograph to match his uniform at under $200k: 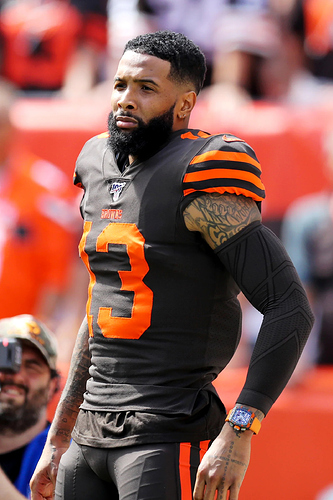 Drake has this $722k masterpiece with a tourbillon, featuring hands that can be moved down with the button at 8 o’clock to expose a lewd proposal which can be changed with the button at 10 o’clock, the better to pursue teenage girls: 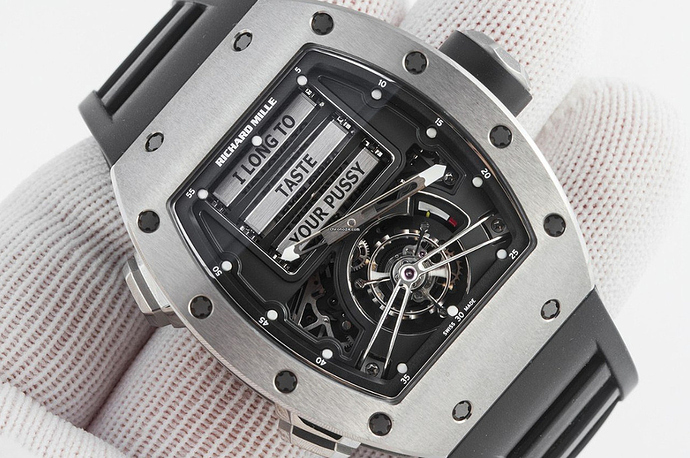 Watches rule. I mostly wear a Sinn 104. I’d like to upgrade to a Tudor Black Bay 58 at some point, but it’s not really a priority at the moment. G-shock for gym and sundry outdoor activities.

If I were ever to earn more than £30K a year and not die in a doorway somewhere (unlikely) I might buy a fancy watch. But probably not one that cost millions and had a fucking plastic strap, though. 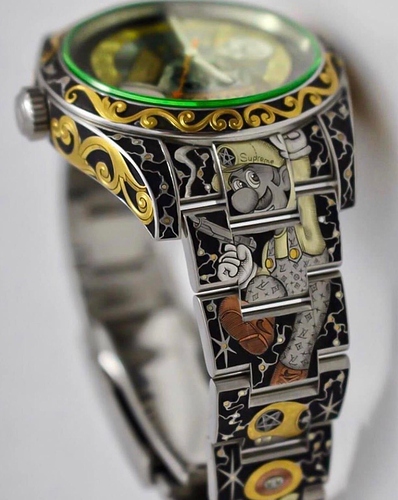 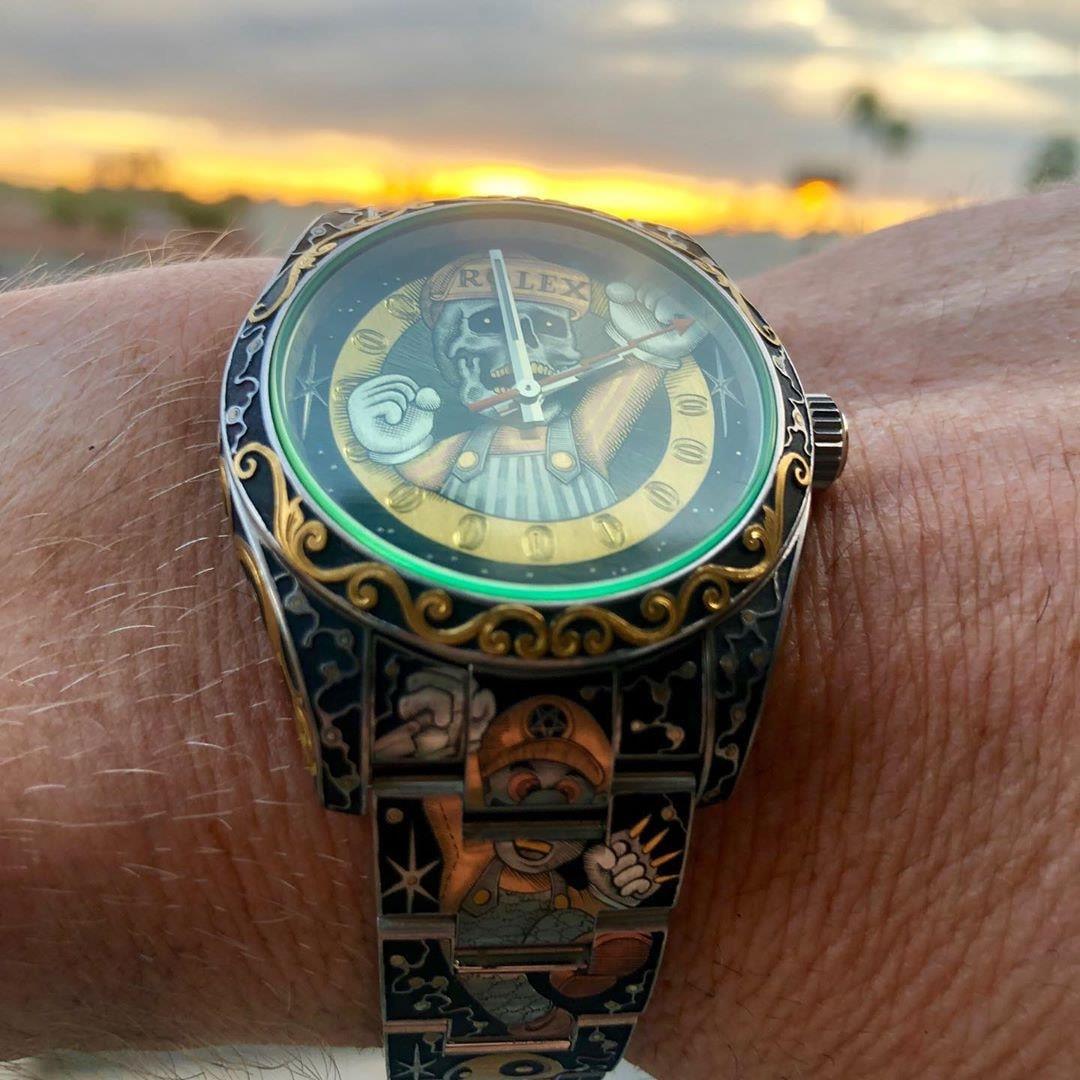 The green crystal and lightning bolt second hand are the defining features of the Rolex Milgauss, made for scientists and named for its ability to withstand magnetic fields of up to a thousand gauss. Although there are other watches now that can withstand higher magnetic fields, the Milgauss is still popular for its recognizable design. A new one costs $8300. The extensive modification on the one pictured is appropriate for a watch made for nerds.

Not a fan of the Milgauss. That one, even less.

How often do you use the timer on the Sinn? I bought my first nice watch last year to celebrate a year on the job and do not plan to buy another, but if I did it would be one with a rotating bezel.

Nice Oyster Perpetual. Not my taste, though. For my money, if I was splurging on a Rolex, might as well be a GMT or Sub.

Pretty much never. I used to be more concerned with accuracy than I am these days. If it’s slowing down, I adjust it. Loses about 5 seconds a day.

I like watches ok, definitely don’t have any remotely fancy ones though. I like solar watches. I am a watch plebe 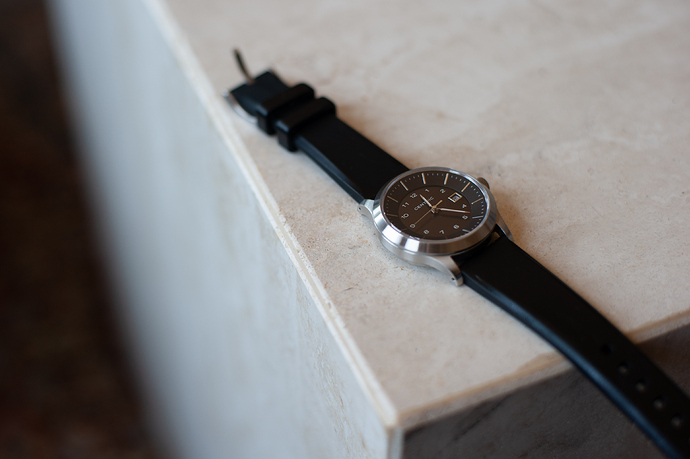 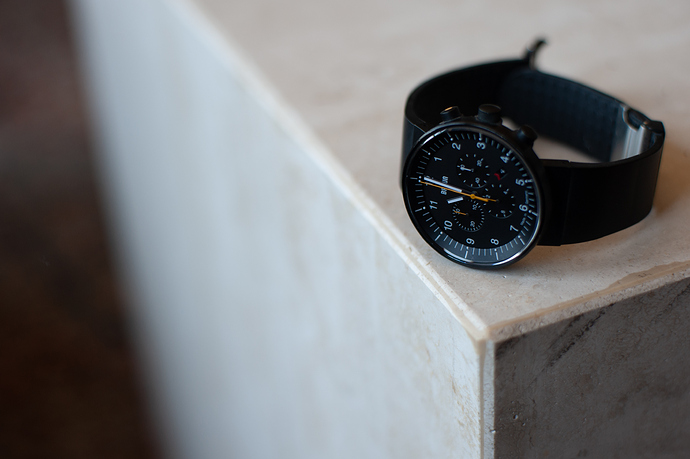 You should give mechanical movements a try. They’re cool.

yeah, next one will probably be mechanical. then I will be a true watchman

Bought my father an omega seamaster because he likes watches. I don’t wear watches. Watches are pure status symbol baubles now but they are sufficiently convoluted that the autistic part of men’s brains can derive infinite pleasure from looking at them and turning them around in their hands. It’s like hondo with his guns.

Normally I tell the time by looking at the sun, so I need a watch for when it gets dark.

Please be less lazy with your attacks. I know this level of wit is acceptable in derbyshire on thames but this forum is american territory.

this is true. but I’ll say that watches can also be functional when engaging in usually outdoor activities where pulling your phone out isn’t ideal, like cycling

Yes, for sure. This is why apple watches and like garmin things are sort of not included in my assessment. Or like, they’re on the more practical end of the spectrum.

It should surprise no one that I used to carry a pocketwatch around.

I just realized I did an av/post there.