There's more to Ireland than this

Who’s going to win the election. Should we be investing in Balaclava sales?

And is the fiscal plan to keep issuing Irish passports to people whose granny went to Cork once until there’s enough money in the coffers for everyone to retire at 50?

I mulled it over and erred on the side of caution. 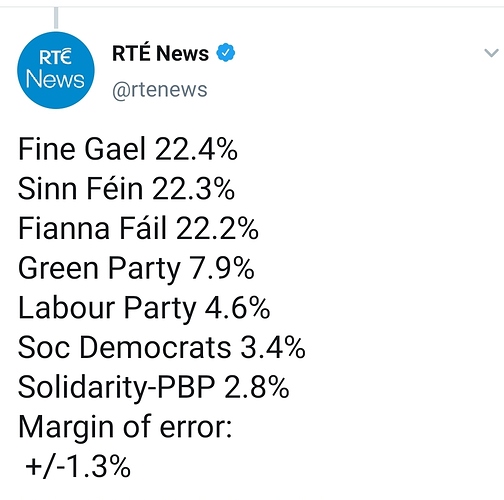 Shinners aren’t running enough people for that to relate to even bring close to the major coalition partner. Their very recent increase in popularity took even them by surprise.

PR-STV system also means that those numbers may be dramatically different by the time it translates to seats. That’s an exit poll, and only looks at First Preference. SF have traditionally got any transfers from out parties. Whereas FF and FG being effectively the same party means they ofter get each others transfers.

GreatEx, your glass house is going to need a total rebuild if you keep up the “weird pronunciation/silly names” line of stone throwing.

For the last time, we do NOT call them chuzzwuzzahs!

It’s pronounced Feena Fall by the way, the accent (called a fada, which means long) on the à makes it a long vowel sound. 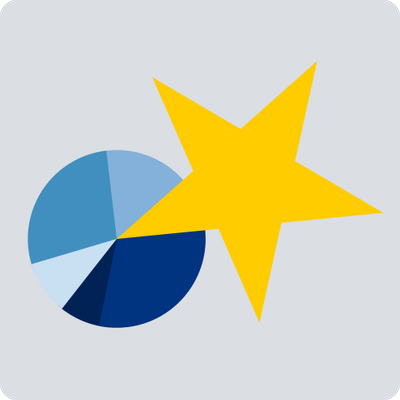 Ireland: the counting of the votes in the constituency of Dublin Finegal—electing 5/160 MPs to the national parliament—has been delayed, as there has been a confusion over two Smiths, two O'Brien's, a Reilly and an O'Reilly appearing on the same ballot. #GE2020 #Ireland
1 Like
milbarge February 9, 2020, 11:22pm #13

So Varadkar made it through on 5th preference. How embarrassing.

If FF/FG are effectively the same party, why are they two different parties?

If FF/FG are effectively the same party, why are they two different parties?

They are fairly close, but there are some differences. The phrase that is often used here is that they are two cheeks of the same arse.

A bit of background. The two parties came out of the same group of people, who ended up on opposite sides of the Irish Civil war. One side was for the treaty to give the 26 counties (a form of) Independence, and believed it was a “first step”. The other was agin’ it, and believed that it was the only time to get an all island republic.

Where it has moved around a bit in recent years is that FG have moved to be more liberal on social issues, but that is a new development. On the repeal of the abortion restrictions, for instance, most FG voted to repeal the constitutional ban, most FF vote to keep it.

Both parties have a strong rural base, and generational voting patterns, with urban support being the floating voter block that puts one or the other in government… until now.

Because there has never really being a viable alternative for the second party, should they combine, it is probably better that they existed separately until now. Labour briefly looked like they would be strong enough to maybe provide that, but they were pretty much wiped out before they ever got enough support to be the majority partner in a coalition Government (obviously we tend to have coalition governments). Labour/Green/Social Democrats/Others struggle to get support outside of urban centres, and likely will continue to. Luckily we have never had a hard right party that even got enough votes to get the deposit back for the crackpot candidates they run. 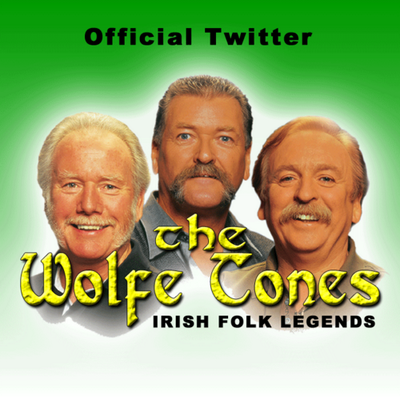 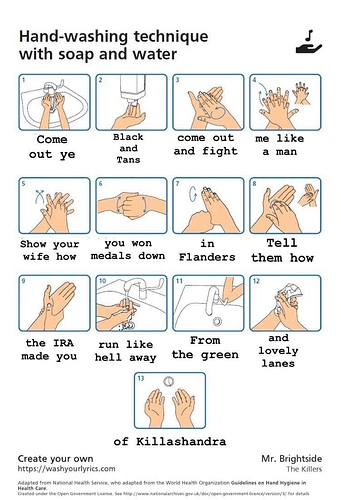 He bulk bought his coke anyway. 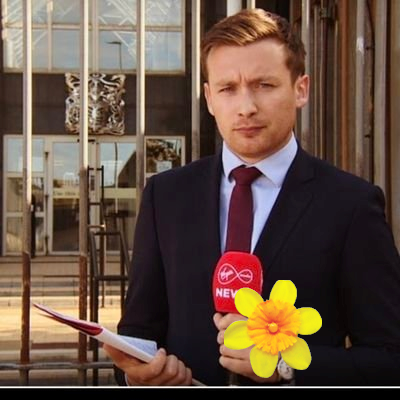 You don’t get that with Michael Bisping.