Currently doing my second run through DS3 as a thief with daggers and pyromancy. Aiming for the Lord of Hollows ending, which appears to involve juggling a number of NPCs. 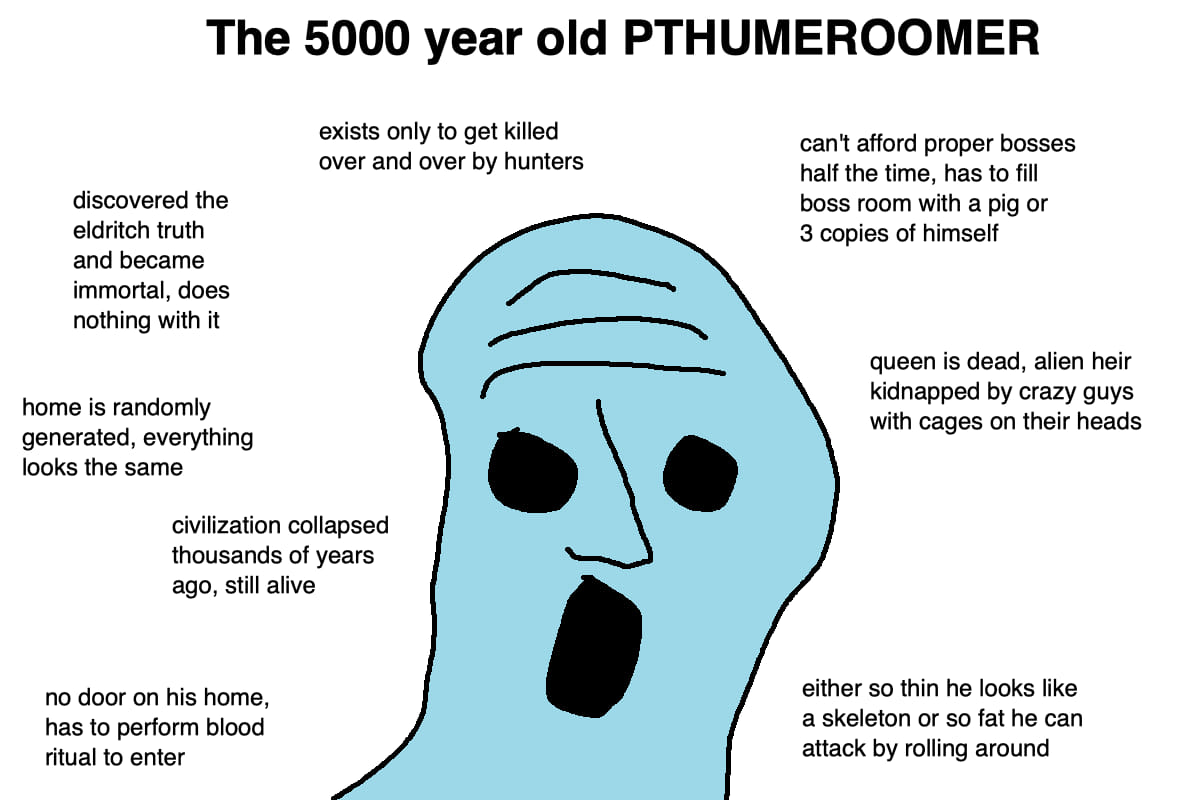 On the SoulsBorne topic, I liked Jedi: Fallen Order. It doesn’t have quite the weight or mechanical polish of a From game, but it’s preeetty good.

I considered playing it just because I like the star wars, but then I thought I haven’t even played Sekiro, so it’s on the back burner.

I ended up reinstalling Bloodborne this week and saw just how quickly I gave up the first time around. I didn’t even make it past the Blood-Starved Beast, probably because I really fucked up that build in the early stages and the whole thing was an embarrassing slog. Threaded Cane, too many points into skill and not enough into vitality. A truly pathetic showing.

I planned to take the Hunter Axe deep into the game this time around, so I took violent past for the early strength boost and then dumped my first several levels into vitality, which made a huge difference.

I rolled with the axe for a while but didn’t like being so slow, so I switched to the Saw Cleaver next, bringing out the axe’s charged R2 for crowd control and slow enemies. But then I started messing around with the Saw Spear and haven’t looked back. It’s been a while since I’ve touched anything else and I’m not sure I will. I love the R1 speed and I’ve gotten way more out of the spear’s transformed moveset than the cleaver’s. The thrust and sweep can be very useful, but more importantly the transformation combos FELT better to me.

Anyway, after struggling with the Cleric Beast for a bit I took down Gascoigne after a few tries and have sailed since. BSB, Amelia and the witch all went down on the first try, and I’m currently deep into a chalice dungeon addiction so I might be a little over-leveled when I go back to take out Paarl. Just hit level 50, swinging an Uncanny Saw Spear +6, and I cannot stop playing.

Boring post but who the hell else am I going to talk about a five-year-old game with?

I love Bloodborne, it’s my favorite From Software game. I couldn’t get into Sekiro.

One of the top games of the current console generation, as far as I’m concerned. Still keeping my fingers crossed for a PC port, so I can play it at 60 fps.

I mean it was released in 2015. If it hasn’t been ported by now, I doubt it’s gonna happen.

This dude made a hack that allows the game to run on a ps4 pro at 720p/60 fps. Check out how smooth it is. I highly doubt anything official will come though.

I just upgraded to a 2070 super, with a Predator 4k monitor. Before, I was stuck on Gael, in the third game, but now that I’m playing at 60 fps, the game feels easier now. Took him out in like, four tries after several months of not playing. Anyone else notice this?

I’ve beaten Gael twice - once with a faith/strength cleric build in which I only used hammers. That took a lot of tries. Honestly Midir was easier with that build. I then played through as a dex pyromancer and beat Gael after maybe 10 attempts. So I think the build had a lot to do with it, as well as how long it just takes to learn the moveset. But I’ve only ever played on the PS4 at whatever the frame rate is (I don’t know anything about framerates).

Nick, it’s easy to get burned out with chalice dungeons after a while, but do not miss out on doing the Great Isz one. I think it probably has the coolest aesthetic of the whole game.

I can see how you can get burned out. The structure and enemies are pretty repetitive at the early levels where I am. I’m more than ready to move past these Pthumerian labyrinths but it’s refreshing to run over-leveled through a dungeon and strike down everything in my path with no real consequences. It’s like batting practice. I’ve got a couple +15% physical damage gems equipped now so I’ll get back to the game soon.

After having my ass handed to me a good few times by Midir, I am now taking back what I said about the game being easier. I beat him fairly easily on my first roll, I don’t know why I’m struggling with this one. 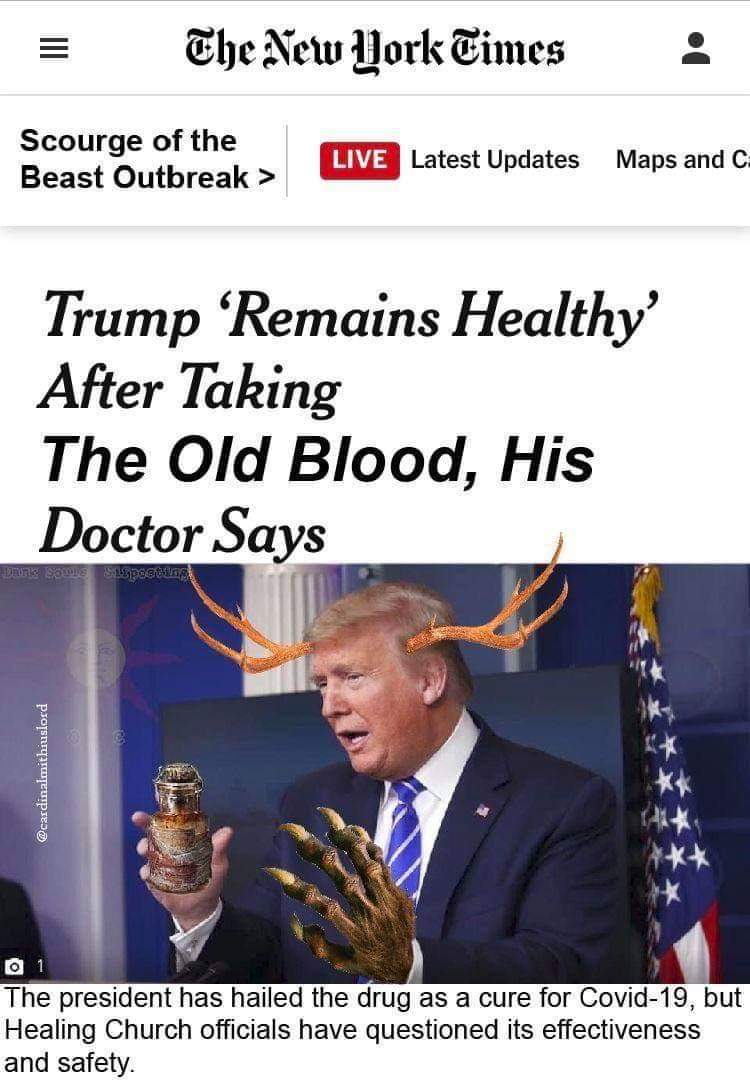 Underwater 'ghost village' frozen in time set to resurface and you can visit mirror.co.uk/travel/europe/… https://t.co/igUbPjPDGs 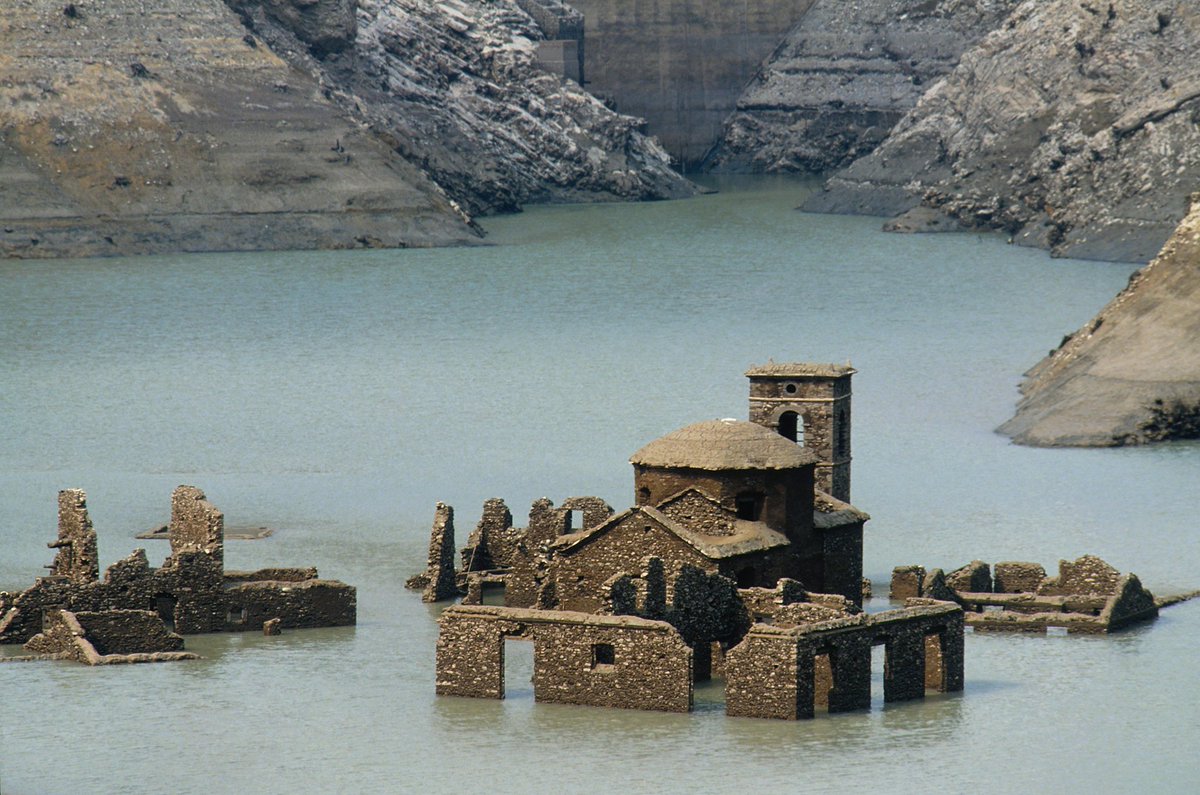 Will they be selling transient curses at the gift shop?

It’s funny to see people complain about parts of Bloodborne or DS3 with a slightly long run to a fog gate. Remember how to get to the 4 kings you had to run all the way from Firelink? I remember, because I did a SL1 run that necessitated me running all the way there, dodging Darkwraiths, then putting on Havel’s set on the stairs before the Abyss and then jumping down to fight those cunts like 50 times. At SL1 that and Manus were by far the worst fights.

That run was my Jerry walking out of the theater moment for Dark Souls. Skyrim had just come out and it was so, so easy, and brand new, so I said fuck it and never went back.