I’ll start off with a softball: the news clips reminded me how ubiquitous Connie Chung once was and how totally she disappeared.

Still waiting for the Longley episode

I watched episode 7 last night (the James Jordan murder one). I was obsessed with the NBA in the '90s so everything in this show is familiar to me, but mostly buried memories. One thing I’d forgotten was how much of a Straight Bitch Scottie Pippen was, and still is. The delayed surgery. The vendetta against Kukoc. The refusing to play when Kukoc hit the game-winner (his 50 billionth for the season) against New York. His use of the passive when talking about it now, combined with conviction he was still right anyway (“do I wish it hadn’t happened? Yeah. Would I do any different if I could have my time again? Nah”). I didn’t like the guy much back then, and now I remember why. Jordan was abrasive and whatnot, but he was ten times the man. 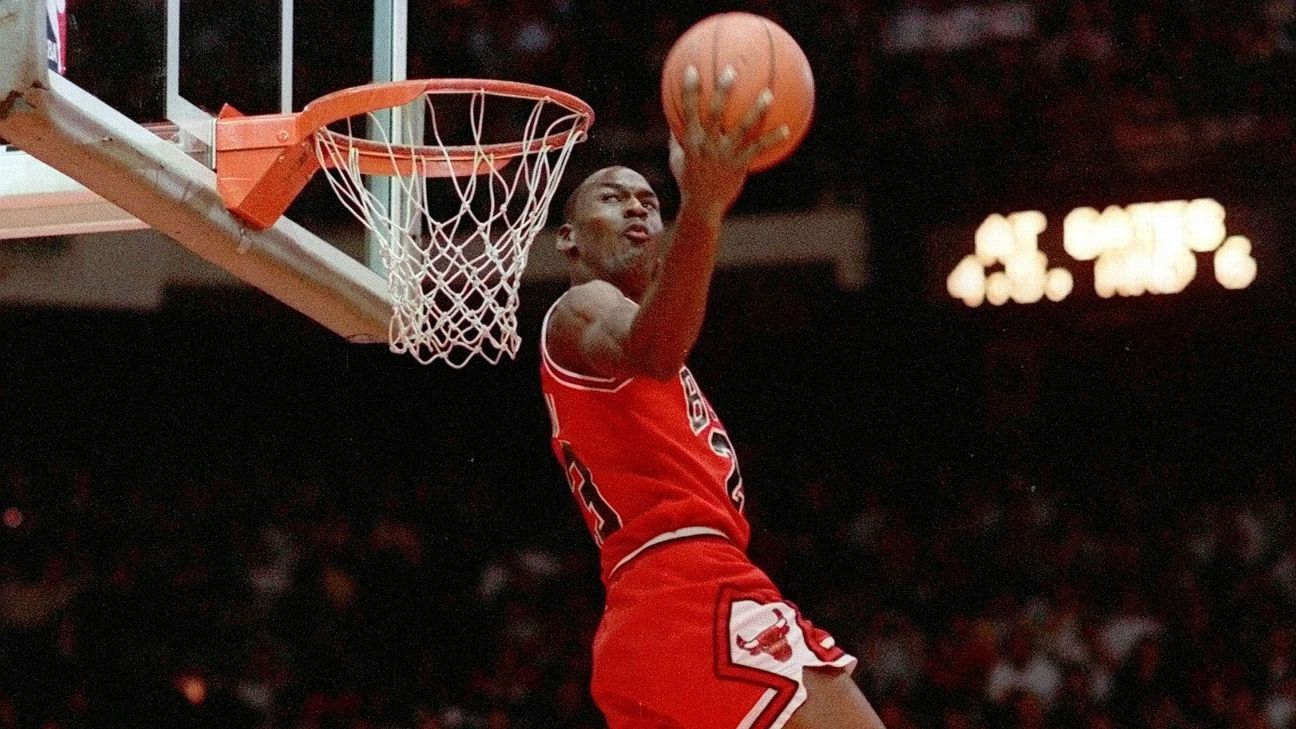 Too young to know the GOAT: How today's NBA players learned to love Jordan

Today's young players never saw Jordan play for the Bulls. All they have is grainy video on the internet to study.

In fairness, he was getting seriously low balled on pay. I’d act the cunt too. He was 121st best payed player in 97/98. That’s close to criminal. He multiplied his salary by 5 the following year with the Rockets. 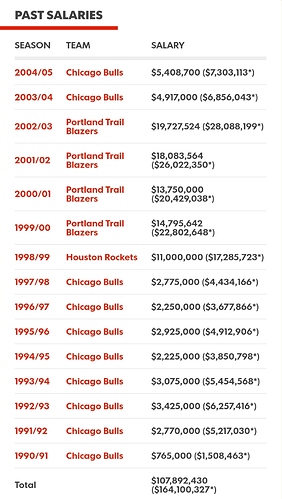 Yes, that was all covered sympathetically by the documentary makers. I’m not sympathetic. He/his agent negitiated that contract. They went for a very long-term deal to mitigate concerns over a chronic injury, and it turned out to be a poor judgment call. I know it’s popular to run with an Evil Owners/Innocent Players theme, but there are plenty of players on huge contracts who contribute little, and the owners don’t get to bump them down to a more fitting wage. Pippen lost money on that gamble, but his six titles - in part because of the Bulls’ hard-headed front office - opened the door to endorsements and the fat Rockets/Blazers contracts, so he’s hardly a victim in all this. Ultimately it was all down to ego.

I think that arguement would be fine if he was top 50 paid players, even. But you’re holding him to a standard you wouldn’t hold yourself to, and if Sadio Mane was paid (comparatively) poorly, and less than Shane Duffy at Brighton, you’d be pissing and moaning that the club should pay him what he is worth in order to keep him.

He was perfectly entitled to request a trade, just as footballers can instruct their agents to seek a transfer. If you’re not prepared to leave your place of employment and have already agreed a fixed term contract then your options are limited.

Plus of course, sitting out Kukoc’s game winner had nothing to do with money, so: Straight. Bitch.

Also when comparing to English football you have to consider that the NBA has strict salary caps that would render team management impossible if players could force owners into massive mid-contract pay raises. They trade players based on the length and value of contracts, so if those figures were as meaningless as they are in England then the system would fall apart.

opened the door to endorsements

I’m on Pippens side about the contract. His agents fucked up signing that six year deal, but I get him being pissed off.

Yeah I once got upset that a recruitment agent negitiated an unsatisfactory salary on my behalf without my consent. So I decided to fake illness for a week before a major deadline. Oh wait, no I didn’t, I negotiated a better salary and 18 months later when a better job offer came along I took it, without using an agent. True story.

Did he ask for a trade? If so, it wasn’t covered in the doco. His contract would have made him the best trade asset in the league.

Except they would have to pay his replacement a “reasonable” wage. Why would you trade a great player on a shit contract? Scottie Pippen in 1997: My trade demand from the Chicago Bulls is 'very serious’

Chicago Bulls forward Scottie Pippen told the Tribune that he is “serious” about his trade demand and will not play another game for the Bulls.

Did he ask for a trade? If so, it wasn’t covered in the doco.

It was 100% covered. He requested a trade and said he would stay injured until the Bulls traded him.

I have a sub from there sometimes.