The Frm Cooks 2: The Cookening

Fry the onion and garlic in the oil over low heat, but do not allow them to go brown. Add the tomatoes, vinegar and spices. Cook for about an hour over a low heat, allowing the mixture to reduce in volume by about 2 to 3 fold. Adjust the seasoning with salt at this point. Take the cooked mixture, remove the spices and puree in a blender. The oil will emulsify a bit and the mixture will go a little foamy, that’s normal. Store for about 2 weeks in the fridge.

The local specialist Italian supermarket instituted a maximum of 2 tins of any product, except Tinned Tomatoes, which were limited to a dozen per visit.

After a lot of searching, I found the Peruvian chicken recipe that made Keith a legend on the previous frm: 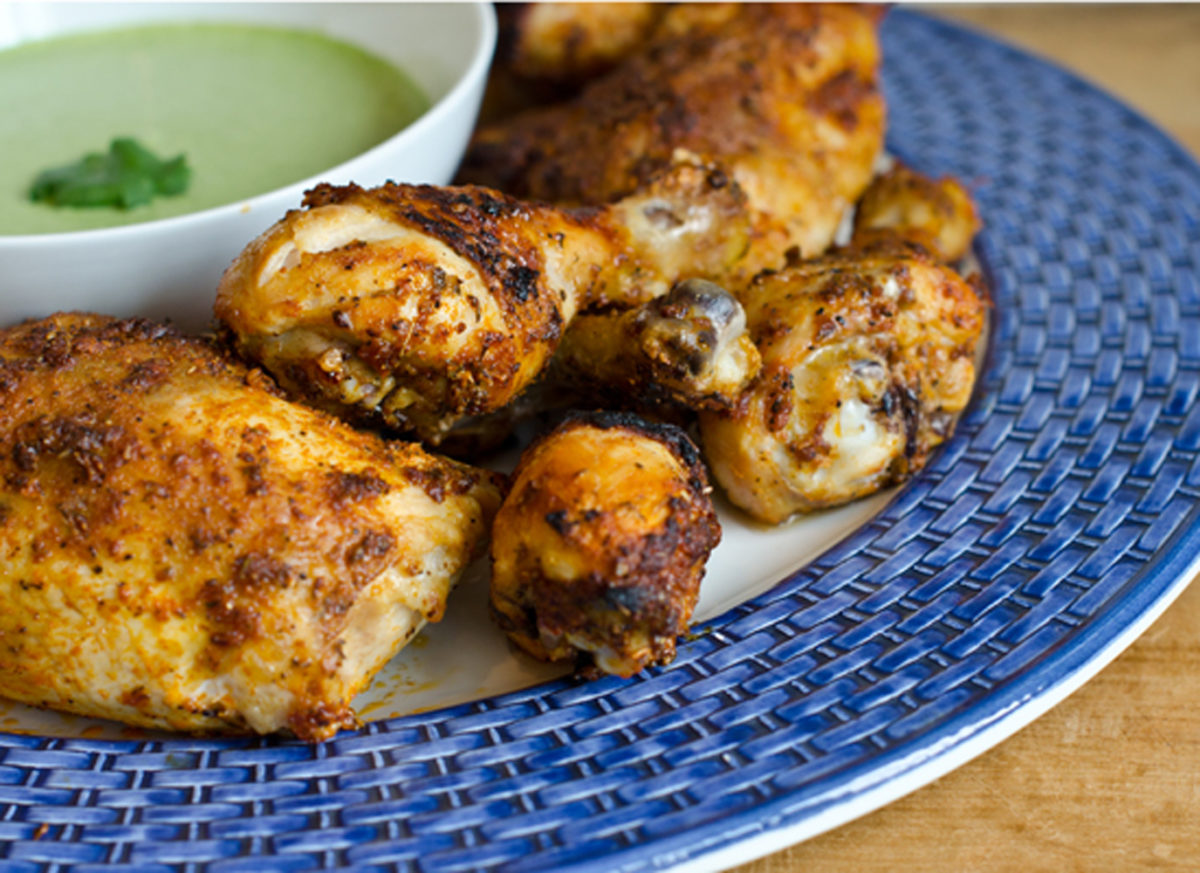 Peruvian-Style Roast Chicken with Green Sauce - Once Upon a Chef

One of the truly great recipes. The sauce in particular.

Great recipe. Include that one in the book. In fact, include all the recipes cross posted to the forum.

Also, how many recipes are there now in the collection?

I may throw a few in.

Now in the pan: 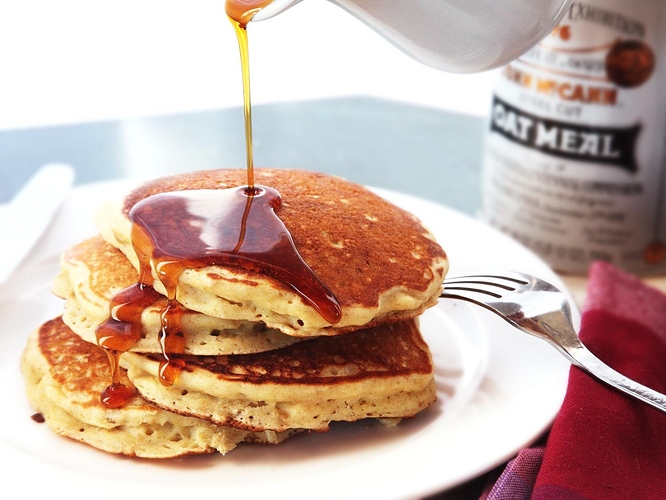 These aren't the easiest oatmeal pancakes, but they're damn good ones. Toasted oats, browned butter, tangy buttermilk, and a texture so light and fluffy it makes clouds nervous about keeping their jobs.

Now I wanna make these. 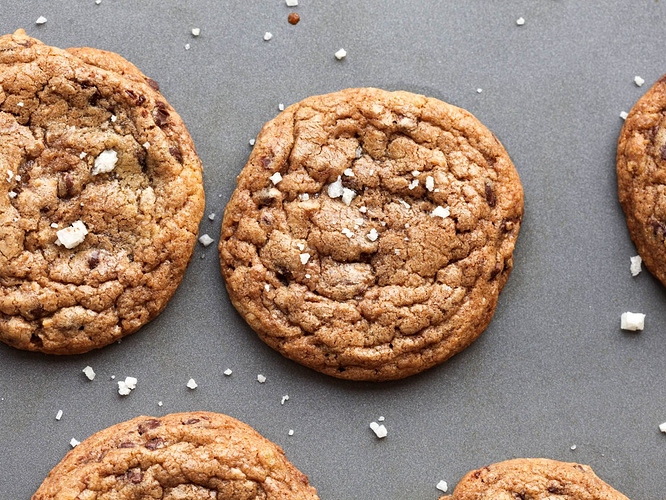 This is one of my absolute go-to salads. Grate the kohlrabi and carrots. Put in a large bowl. Add lemon juice, salt to taste and toss through. Heat the oil in a small pan over medium heat. Add the cumin seeds and fry until slightly darker and aromatic. Throw the oil and cumin into the salad and toss through again. Adjust the salt and serve. The cumin sounds weird but it rules and brings the whole dish together.

In a large skillet, fry onions and garlic until golden in 2 Tbsp oil. Add spices and fry until the chilli fumes begin to severely irritate your upper respiratory tract (about 30 seconds). Add the tomatoes, water and beans. Stir. Cook for 30 minutes. Do not let all the liquid dry out. Take a potato masher and mash the dish until almost all the beans are mashed. Adjust seasoning with salt.

Meanwhile, cook some white rice. I add salt to the rice so that when you mix the beans and rice you don’t have chunks of bland rice in the dish. Serve equal portions of rice and beans and mix the two together.

Just rediscovered this recipe. One of the first things I ever learned how to make, probably 25 or so years ago. From a legendary assortment of typical ‘Australian’ recipes. My mother had their recipe card index and it was like the bible. 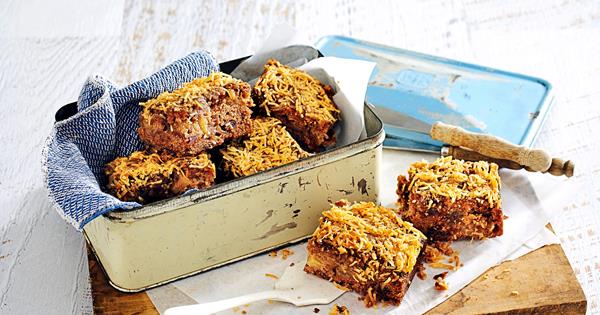 Here’s one that I’ve been making most weekends. Doesn’t have a name other than turkey-zucchinni patties or something. ripped off some other recipes and tweaked a bunch of things.

I take a box grater and shred the two zucchini into a large colander over a big mixing bowl. put on WAY more salt than you think is necessary or healthy. you’re trying to draw out as much moisture as you can, so a lot of the salt is going to be lost along with that water. squeeze and smush the mass of shredded zucchini as much as you can agains the colander to get the water out. leave that be while you -

dice up the green onions, leaving as much as you can of the green tops. throw that in with the zucchini. I usually leave the veg to sit for about 20-30 minutes.

after that time, the bowl under the colander should have a bunch of green water that’s been leeched out from the veg. give the whole thing another good squeeze - I even will take a tea towel or some paper towels to get it as dry as I can. discard the water from the bowl, rinse it out and dry it and through the veg in there.

add the ground turkey or whatever, a lot of garlic powder and a lot of curry powder and the cracked egg and the soy sauce (I’ve actually been subbing the soy sauce with this garlic and coconut amino stuff that says ‘Garlic Sauce’ in some weird font that looks like it says ‘Gorilla Sauce’ so that’s what I call it now). mix the whole thing to combine and set aside.

I take a big ass nonstick pan and melt my fat. I’ve been using lard becuase I get quarts of it from the farmer’s market here, but I’ve also used coconut oil as well. Olive oil doesnt work so well. you want medium heat.

this part is kind of messy and tricky because the mixture is going to be really wet and loose. you’re not going to get perfect patties - I just take a big kitchen spoon or a big teflon spatula and just drop a 4-6 ounce glob in the pan. give it a second while it sizzles and then kind of help form it and give it more well-defined edges and make it more patty than bloblike. cover and let it go on the first side for…a few minutes? once they start to seem like theyre coming together and you can flip them with a large spatula without them falling apart. by the time that happens they should have a nice little crust on the bottom. let them go on the other side for almost but not quite as long.

i’ll eat these with enough Huy Fong chili garlic sauce to make me regret it the following day. a squirt of lime is good too.

We don’t have a suicide watch/meals for one thread anymore, so here’s the sausage and spinach grain bowl I just threw together:

3 sausages
Half an onion
Small bag of spinach
Quinoa or rice, couscous, etc.

), whack them in at 200c or equivalent, then after 15 minutes stick the quinoa on the hob so it’s all ready at the same time.

Take the sausages and onion out the oven, roughly chop them and stir them through the quinoa/spinach mix. Then empty all that out onto a plate or into a shallow bowl, pour the sauce over the top and eat it with a fork like an animal you piece of sh-